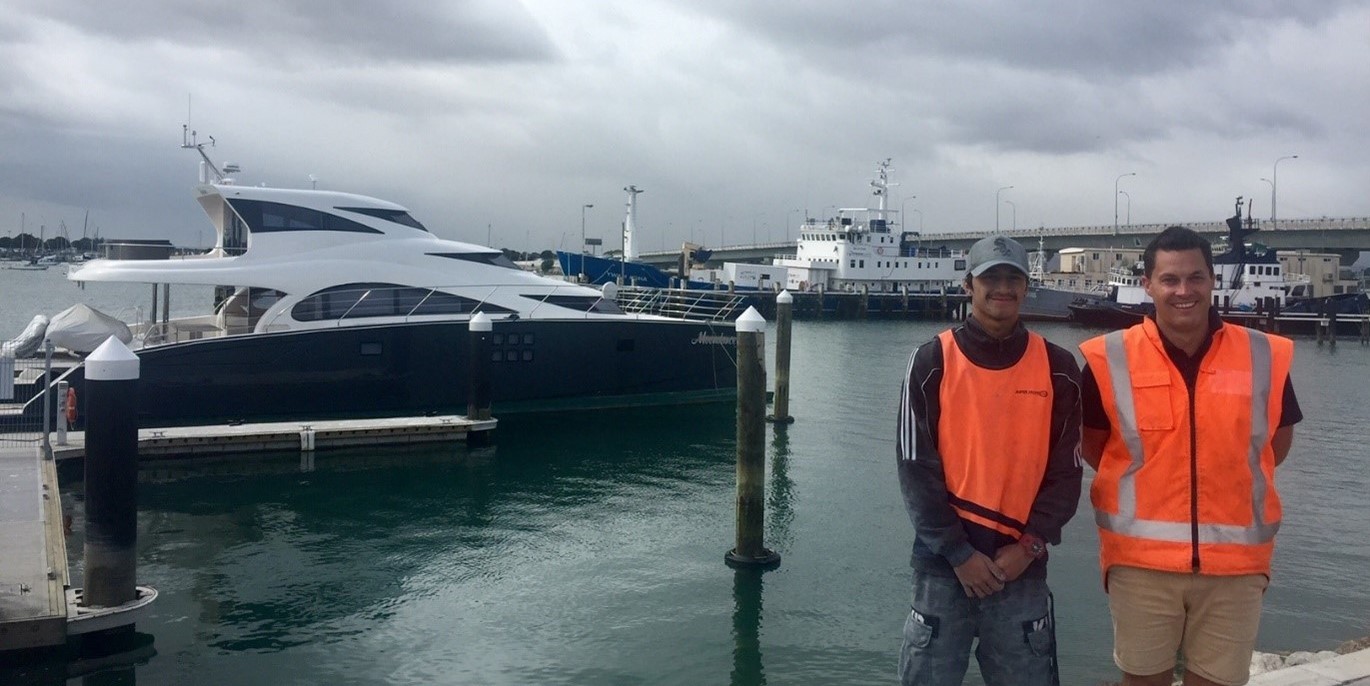 Tauranga-based Super Yacht Coatings has actively recruited young people for the past three years. Having developed relationships with school principals and through attending events held by Priority One, it has recruited several apprentices who are gradually working their way up the ranks – proving to be some of the company’s best team members.

We caught up with Ben Steele, General Manager at Super Yacht Coatings’ about one of their success stories, a young man named Kredence, who Ben met through a Priority One organised ‘Speed Meet’. These events provide trade industries with four minutes to introduce their industry and outline the benefits of working with them.

“He was quiet on the day, but he’s got a real spark about him,” Ben says about Kredence.

“I could tell from his cheeky reactions that he’d fit in well, and we were glad that he was keen to find out more.

“He’s been with us for two years now and is definitely one of our best young guys. He’s slowly working his way up and we’re all seeing great results.”

Reflecting on the event, Kredence admits he was ‘pretty nervous’ but is grateful for the opportunity. He starts between 6am and 7am each morning which has him in a good routine. “It’s hard work and when I get home I just want to sleep,” he says. “Having this job has helped me a lot, mentally and physically. The hard work gives me a good sleeping pattern.

When I was at school, I went to bed really late and usually went to school grumpy”.  When asked about supporting other young people into work he says “just give young people a chance, everyone has a good work ethic, sometimes you just need the right job and company to bring it out”.

Spending time with Kredence in the yard, you can see he is just ‘one of the team’. Ben and the team have been champions for him and other youth, saying “employing young people has been very gratifying and beneficial for Super Yacht Coatings”.

When Kredence was asked what he thinks his future career prospects are, he replies with “I’ll be here a very long time”. When suggested maybe in a few years he might be looking at Bens role, he replied with a grin “well maybe I can”.

Super Yacht Coatings is keen to build on the work it is doing with young people because it sees the long-term value.

“You can see the pride these apprentices develop when they start to build their toolboxes, skillsets and knowledge.

“They add a nice balance to our culture and we get a kick out of seeing them develop and succeed. It’s a win-win,” Ben says.

With more events on the horizon, this is a great opportunity for kids like Kredence to get amongst quality, community-minded employers like SYC. Look out for upcoming E2E events, especially if your business is also wanting to connect with our future workforce.