The future of our young Māori

Home | News | The future of our young Māori

Thinking about a career in horticulture? 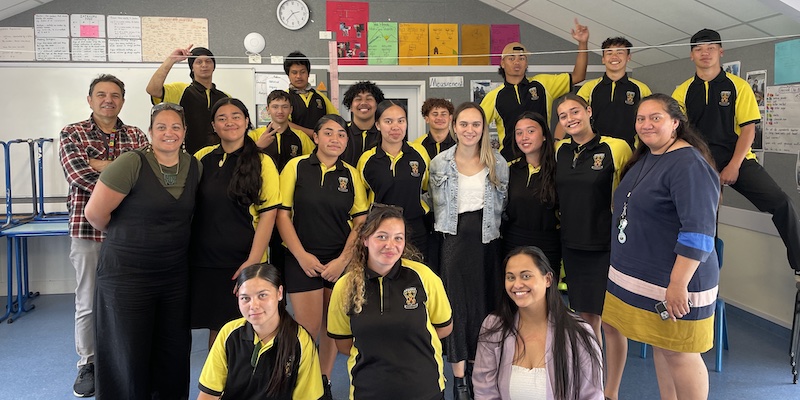 Rangatahi Māori (Māori Youth) in the Bay of Plenty region make up approximately 44% of all the young people. By 2030, Māori and Pacifica are estimated to make up 30% of the workforce age population, and this is expected to increase to 50% by 2050. Investing in our rangatahi now is critical to the continued development of our thriving Māori communities, which is a key objective for Toi Kai Rawa.

We recently facilitated a series of workshops across the Bay of Plenty with kura (schools) located in Omaio, Kawerau, Whakatāne and Tauranga. Tasmyn Roach, Project Coordinator at Toi Kai Rawa who headed the project, explains “The aim was to get an understanding of what programmes and initiatives are needed to support our rangatahi, both during, and after school.”

Using a Māori self-assessment tool called Tōku Ao (my world), rangatahi were given an opportunity to assess where they currently see themselves across eight key areas:

The Tōku Ao tool allowed rangatahi to consider their environment, reflect on where they are currently at, and consider their aspirations and goals for the future. For many, this was the first time they were given an opportunity to think about what their future could look like and what is truly possible.

Some of the insights collected revealed the desire these rangatahi have to combat global warming, buy their parents a home, become a business owner, learn more about their whakapapa (ancestry) and even become NZ Government leaders. Among others, the career choices that were indicated by these rangatahi included: Marine Biologist, Engineer, Chemist, Lawyer, Dancer, Shoe Designer and Music Producer.

The workshops gave us a valuable snapshot of some of the challenges, issues, and lack of clarity some rangatahi have around their future pathways. What we can see is that there is a need for additional robust data to gain a clearer understanding of what ‘support’ looks like to them. In light of this, we will be rolling out a Bay of Plenty wide survey with an aim to capture the insights from a further 200 rangatahi.

This survey will be focused on understanding what challenges and barriers rangatahi face in achieving their goals and aspirations, so that we can ensure the right mechanisms are put in place to help them successfully navigate through, and transition out of secondary education.

If you would like more information or a chance to collaborate on this future survey, please contact: tasmyn@toikairawa.co.nz

Poipoia te kakano kia puawai – nurture the seed and it will blossom.